BOOK: Kafka on The Shore by Haruki Murakami

i was not impressed by my first read of Murakami's (A Wild Sheep Chase). he leaned heavily on the fantasy side, which irritated me. and a sheep is just a lamb chop for me. so, i leave the Chase. maybe someday i'll read it again.

and if you ever heard/read of Haruki Murakami, maybe you'd be telling me. 'why don't you read his Norwegian Wood?'. Because: i dont want his best to be my first. i'll read that too, someday. for the time being, i'll let my mind to be occupied by the charming Alexander Rybak, each time i heard of 'Norwegian wood'. (and not some forlorn Asian lovers).

i read Kafka on The Shore, mainly because of the name "Kafka". i have yet to read any of Kafka's works, but he's a big name and the title made me curious. so, i bought the book and read on. i was blown away! it was absolutely beautiful. multi layers of stories, neatly piled up. did i mentioned crazy too? yeah.. it's crazy.

synopsis:
A 15-years old boy (Kafka) runaway from home, trying to get away from his father. he ended up in a remote town with a lovely private library, where he found sanctuary and friends, the head librarian and her assistant. A simpleton, old man, named Nakata, have the ability to talk to cats, make things fall from the sky and super sixth sense. Nakata's quest of locating one missing cat ended up in him killing Kafka's father (or whatever it was, when he spoke to Nakata). led by his sixth sense, Nakata leave town to find 'the stone'. meanwhile, police tried to locate Kafka. Kafka, by the help of his new friend hid away far in the forest. the stone apparently was the key to open another realm, in where, Kafka was tempted to stay. he chose to stay in our world and face his problem. Nakata died peacefully after fulfilling his last task.
i leave so many delightful details, to avoid confusion in the synopsis. and i'm not a spoiler, so, go on, read this book. i'm still mulling over two very prominent questions in mind after reading the book. #1: if memories and talents were taken away from us, what will left of us? #2: is it possible for a ghost (spirit) of a person to be seen by others, while that person lives and what does it mean?

did i mentioned the book is heavily peppered with notes on music, musician, history, philosophy, great books and magic? yeah.. loaded.


p/s: i am a firm believer in the existence of the spirits. be it evil or holy. and we can sense their presence if we open up our soul.

This post has nothing to do with our football team loss to Japan in Fukuoka last Wednesday. why we watch Malaysian football? yeah, pasal ada si Apek..
on September 22, 2011 1 comment:

Christina Aguilera, You Lost Me 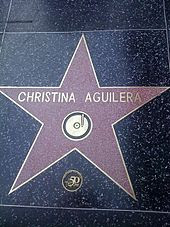 my music pick of last week was Christina Aguilera's You Lost Me. As soulfoul as she's always (and a still a bit trashy in her outfit selection). This is a song that stayed with me throughout the week. Sorry, this is a yesteryear's song, not something new that pop out of Billboard chart. i was just so absorbed in a book i read last week that, i felt, the song appropriated the mood. and it's not about other person betraying me, or leaving me. i'm afraid of me, betraying me, losing me. if you haven't properly listen to this song, go to this link, or as always, the youtube channel.

As you probably already knew, Aguilera is one of the mentors in The Voice. (i still dont have a TV---i have TV, but no antenna, and i vow off ASTRO---so, the TV in my apartment is just a junk, useless). i was a parasite at a friend's house in Kajang for over a week during Raya holidays and she has this obsession for Flat Screen TV and i got hooked to StarWorld (The Voice)(thats what i hate of TV, i can look at the box for hours!). eventhough, i'd say, 2 hours off sunday night to watch The Voice is a good deal.

Email ThisBlogThis!Share to TwitterShare to FacebookShare to Pinterest
Labels: music 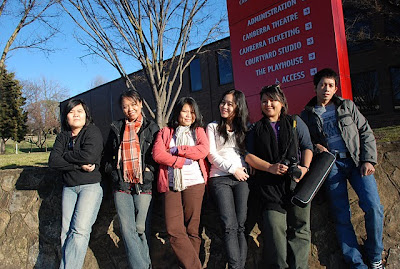 [i like this picture, because somehow, i got a dimple (and i love dimple, instantly freshen up a look) which is not actually a dimple. it's a laughline (positive) or a deepen premature wrinkle (very..very negative)] on our recent visit Downunder. for more pictures of us, go to her

i tried not to compare the place with ours, because it'd be really unfair. it's an expensive place to live in, eating out everyday is out of question. even at the sloppiest fast food joint. but, how can one not fall in love with a place where even a construction workers spend sometime off their lunch time reading?, and where books are waaaaaay cheaper than a cuppa? their waiting area at airports are almost like a library, people read while waiting for their flights. its a culture, we must aspire to adopt.

Personally, i'm still short of 20 books to read to reach my annual bookreads of 54. reading will not make us any smarter then those who doesnt, or make us any better than the non-reader. but, reading certainly broaden up perspective and with that, better understanding of others and oneself. and i guess, that's how we armed our self to face the world.

my students are still away for their mid-term holiday. the office is quieter than usual, many of my muslim colleagues are still on holidays. truthfully, i miss my kids and colleagues. the holiday was great. Australia is a lovely country. i'll go again next year maybe (Perth). but, right now, nothing will settle me better than normal classes to attend and the mundane tasks of tending to my kids.

advice for Malaysian visiting Australia, please dont bother applying for a room at Malaysian Hall Melbourne (they still exist? they didnt reply to our numerous e-mails and phone calls and faxes). and i also dont recommend staying at Malaysian Hall Sydney (something should be done there, the place looks really rundown). but, at least MH Sydney replied to our enq promptly. and the students squatting there are mostly polite. with one exception for the golombon* kid. haiya... teda orang ambil gambar kah si golombon?

a few updates:
1. i have made up my mind. i'll go study again. where? first choice would be Melbourne (for the fresh fruits in Victoria Market). what to study? hahahha...
2. i am suspiciously 3 months pregnant and showing. i'll put up pic to support the allegation. later.
3. i am looking for Mr. Yuta Tanaka. the last time i saw him was at Paddy's Market in Sydney. he played wicked guitar. i bought his CD only to be left in the CD player in that AVIS car. so, if anybody have any info of this guy, i appreciate the help.