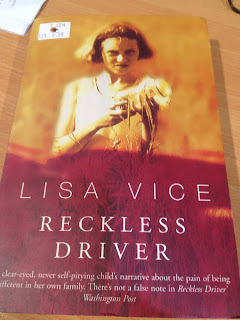 I was in Kota Kinabalu last week, just in time to celebrate our brother, Atan's birthday. He's 28! (one of these days, i'll post his picture with his bestie on their first day of school (form 1)). He's always been a wonderful brother. when we were kids, he's incapable of telling lies. always the one pointed out our faults (and confessed his own) in our weekly family prayer night. one fault, one spank (yes, our dad spanked us girls too).

As we grew older, the raw honesty (naivety) corroded. we live telling half truth. Often times, we did that to protect our loved ones from the biting, harsh reality. But, some people are just too used to telling lies (and there's a difference in concealing truth and telling lies). Maybe because its so rare, we seek honesty foremost in any relationship we try to forge. Recently, i got out of a relationship because i cant stand the lies. I loved the man alright. Just don't want to be in a fake relationship.

when i read this book its bursting with honesty (i got this book from my sister, popong who bought it at the Big Bad Wolf Sale, earlier this month. i leave my box of books i got at the sale at Jane's). you have to lived a hard childhood or live near enough to it to understand what i mean with this honesty. i had a relatively good childhood, despite all the hardships. But, i also lived in one of the poorest district in the poorest state in the country, where the pepatah: kais pagi, makan pagi, kais petang, makan patang is the adage, to have the privilege of experiencing poverty first hand.

growing up, some nights, we woke up to a loud bang at the neigbour's  house. Their father came home, drunk and beat up their mom to pulp. and the same mom had to labour 3 days to get RM15 to bring her sickly child to hospital while the useless dad wasted away his wages on drinks. i am thankful, my dad cant do alcohol and never beat us up. me despising drunkard is an understatement.

Lisa Vice, your debut novel is a fascinating read. Lana was a trooper. but, no, God is not like a reckless driver. we are the reckless driver, never paying attention to whats important until it's too late.
on March 19, 2013 5 comments:

whew!
its been a while. i was abducted by the Kiram and they forced me to be their tukang cuci jamban (sorry, i had to write that down, i cant help myself.) if you're a Malaysian and have no idea of what i'm talking about, go shoot yourself. To the rest of the world; King Kiram of Sulu Sultanate send about 200 army to occupy Sabah (North Borneo) via Lahad Datu, sometime in mid February. for 21 days the Malaysian Government tried to negotiate with the invading foreign army (much to our frustration-you don't negotiate with terrorist!).

if the world would blame us for killing the invading army to protect our homeland, know that, we waited 21 days before gunning down the terrorist. and because i'm a Malaysian, i'll side with my country's version of the story. for more perspectives; read The Manila Times, Khabar southeastasia,
washingtonpost, Bloomberg or try googling it up.

when Sabahans decided to join (by Cobbold Commision) in forming a sovereign country of Malaysia in 1963, we decided to become Malaysian. we made the decision in 1963 and we're standing by it. 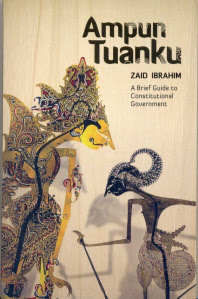 Done reading Ampun Tuanku by Zaid Ibrahim. Need sometime to digest it (its an easy read, with repeated emphasize on certain important matters). All this stories about monarchy and its relevance to the modern administration/politics make me sick. ya, i need to go to jamban.